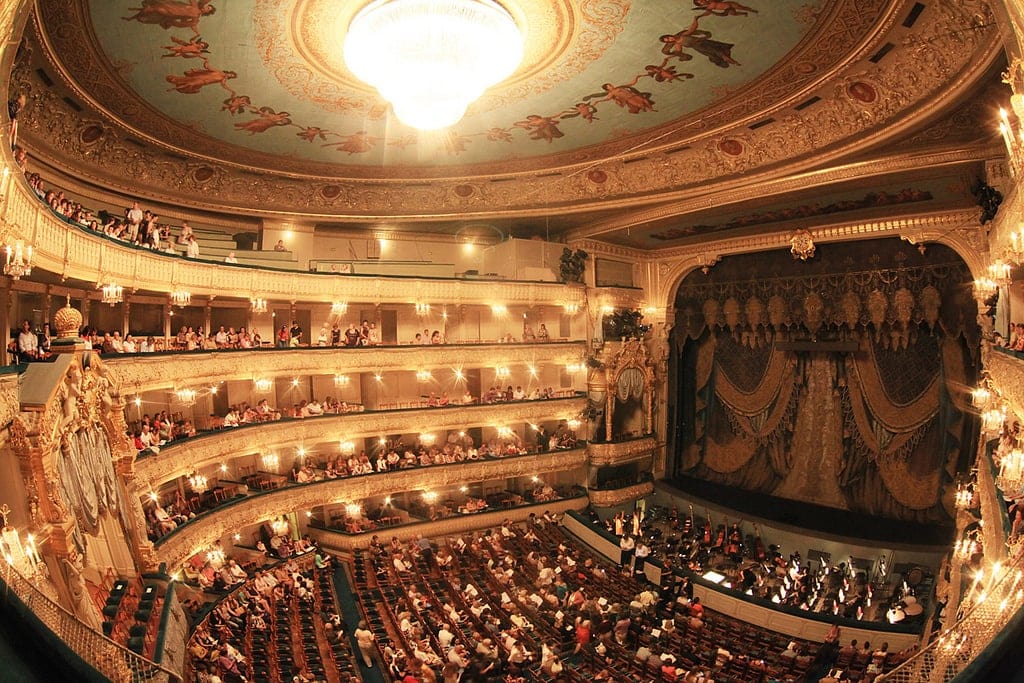 As well as informal gatherings, the White Nights are associated with a series of festivals, and high art and culture.

If you are new to ballet, opera or classical music, then many of the performances are very accessible. For example, some shows include excerpts of famous pieces from several different ballets. Many will be at least partially familiar; shows like Swan Lake, Sleeping Beauty, Carmen, Madame Butterfly and other equally well-known productions make up a large part of the playbill, as do recitals of pieces by Mozart, Tchaikovsky, Brahms, much of which will be instantly recognizable.

If you frequently attend ballet, opera or orchestral concerts in your home country, then you will enjoy the chance to see some of the world’s most famous artists, who frequently perform during the “Stars of the White Nights”. Alternatively, you may enjoy some of the lesser-known shows that are performed only rarely. For committed opera fans, Wagner’s Ring Cycle is occasionally performed.

Aside from the shows it stages, the Mariinsky is an attraction in itself. It is a beautiful building, both inside and out, built in the 1860s and a classic example of belle époque architecture and theatricality. Throughout its history, many world-famous ballerinas, composers, musicians and singers have performed here. Whether or not you want to attend a performance, you can find out more about the Mariinsky by arranging a backstage tour.

Tickets can be quite difficult to get for both backstage tours of the Mariinsky and festival performances. If you are travelling to Russia as part of a Baltic cruise, then you will be able to discuss these options with your St Petersburg private tour operators. You can check in advance to see which ballets, operas and concerts are going to be performed – the playbill is usually published in late March or early April.

The White Nights are an amazing time to visit St Petersburg. The long hours of sunlight are marked with endless performances of theatre, film, music and dance. For many visitors, their White Nights experience is a once in a lifetime occasion. Speak to tour guides to arrange tickets to any events you are interested in, and enjoy the spectacle and the drama of St Petersburg’s most magical time of year.

By Natalia Rogachyova on Google+