10 Fun Things to Do in St. Petersburg Russia

recent posts
St Petersburg is famous for its grand streets, fine culture and the Hermitage. While there are endless educational and cultural exhibits, there are plenty of fun things to do in St Peterburg, too. 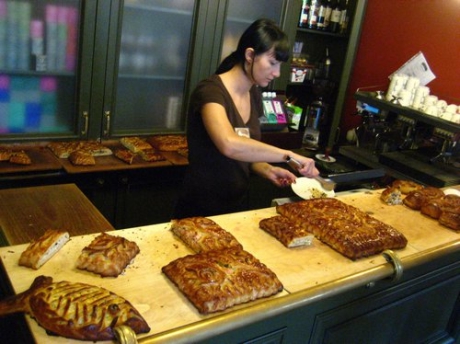 Here are some ideas:

1. The Peterhof Fountains  are one of the few in the world that still operate through gravity rather than electric pumps. Hundreds of fountains operate from May to October. The most famous is the Grand Cascade, which is made up of 64 separate fountains and beautiful bronze sculptures, including one of Samson wresting a lion. Adults and children alike can spend hours playing games with the trick fountains, as well as enduring the occasional soaking! You can get to Peterhof by hydrofoil from the pier near the Hermitage museum.  However, a private tour will get you there more quickly and in considerably more comfort than with public transport, and your guide can arrange tickets that allow you to jump the queue. You can also supplement a visit with Catherine Palace in Pushkin which is famous for its opulent interiors and The Amber Room.

3. Climbing the Colonnade of St Isaac’s Cathedral allows you to see an amazing panorama of St Petersburg. It’s well worth the 300 steps!

4. Night cruises of St Petersburg are an amazing way to see the city, which is sometimes called the “Venice of the North” because of its elaborate network of rivers and canals. During the summer, a system of 22 drawbridges open and close at precise times to allow ships access to the Lake Ladoga and northern districts of Russia.

5. The St Petersburg Metro is as ornate as the palaces of the Tsars – deliberately so, as it was built during the 1950s as a celebration of Soviet achievement. Avtovo station has a marble façade and a mosaic dedicated to the siege of St Petersburg during the Second World War. Take a train from here to Ploshad Vosstaniya, which is equally as beautiful.

6. The Aquapark “Piterland” is ideal if you’re wondering what to do in St Petersburg and have a family – it’s the biggest aquapark in Russia, and one of the biggest in Europe. Launched in January 2012, it has become massively popular and can accommodate 2000 visitors at a time. It’s a year round attraction, and protected from the elements by an enormous dome, which the owners are planning to register with the Guinness Book of Records as the largest of its type in the world. Piterland has slides, a diving pool, a wave pool, a pool for kids, an array of saunas and steam rooms, and plenty of cafes, bars and restaurants.

7. The Aurora is a battle cruiser with a fascinating history. She served in the Russo-Japanese War and the First World War, until her crew refused to put to sea and sparked the beginning of the October Revolution. The Aurora is now a museum, and is open every day apart from Mondays and Tuesdays.

8. The Monument to the Heroic Defenders of Leningrad an impressive memorial to those who fought against fascist aggressors during 900 day siege of the city, in one of the key Soviet-Nazi battles of the Second World War (St Petersburg was called Leningrad for much of the 20th century). The monument is sited in Pobedy or Victory Square, and is one of the best examples of Soviet architecture in the city.

9. The Kunstkamera is one of the finest ethnographic museums in the world, and was the first public museum to open in St Petersburg. It was one of the favourite projects of Peter the Great, who successfully used the Kunstmuseum as part of his project to modernize Russia. He personally donated many items to the exhibitions, which also includes many items found by the Russian fleet on their circumnavigations of the globe. The Natural Science includes grotesque and marvelous items like six-legged sheep, four-legged chicks, and much more.

10. Walking tours of the old part of St. Petersburg are a lovely and relaxing way to the city, as well as being a great way to avoid being stuck in a traffic jam. You’ll pass by and along some famous streets and sights, including Nevsky Prospect, the Gostiny Dvor department store, the Square of Arts, the Russian museum, the magnificent buildings along the Moyka river embankment, and the Church-on-the-Spilled-Blood.

Did you know you can enter Russia visa-free if you are travelling by cruise ship or ferry?