Currencies on the Baltic Cruise

recent posts
One of the joys of the Baltic cruise is that a wide variety of cultures and countries live together around what’s a relatively small sea. From the Slavic nations to the Celts and Scandinavians, you’ll hear a different local language in practically every port, as well as the highlight of St. Petersburg excursions from cruise ship. 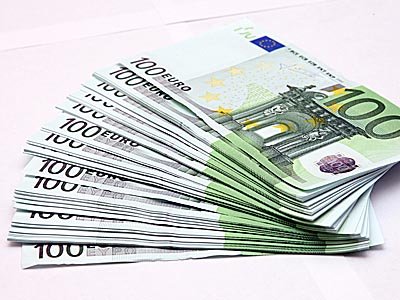 One of the joys of the Baltic cruise is that a wide variety of cultures and countries live together around what’s a relatively small sea. From the Slavic nations to the Celts and Scandinavians, you’ll hear a different local language in practically every port, as well as the highlight of St. Petersburg excursions from cruise ship.

Of course, the flip side to the cosmopolitan nature of the Baltic is that you might be using as many different currencies as you drink vodkas. And changing currencies is expensive.

Common sense will help. The chances are that you’ll return to the Eurozone in the next few years, but you may be less likely to return to one of the smaller states that retains an independent currency. So don’t buy too much of a currency you’re unlikely to need ever again.

Remember that commission free agents rarely give the most favourable rates. Your choice is usually to pay an upfront fee and then get a better rate, or buy from an agent whose charges are incorporated into an exchange rate.

1). On board exchanges: The easiest option is to buy currency on board your ship. Just head to the office and use a card or cash to buy however much you need. It’s convenient, but can be expensive.

2). Buy before you go: Many banks offer currency exchange services, which allow you to buy currency before leaving. It’s great for budgeting, and can be good value. But carrying cash is risky.

3). ATMs: Many travellers withdraw cash when they arrive, and this can be a great option. Remember that different bank accounts and credit cards have various offers and charges for withdrawing currency. Check all your current and credit accounts to see which is best.

4). Bureaux de Change: These have almost been replaced by ATMs, but, if you prefer, you can visit an old fashioned exchange office, rather than just using your credit card.

5). Merchants: Some restaurants and shops will let you buy in foreign currency. However, this is likely to give a particularly poor exchange rate. It also, depending on which country you are in, may be illegal – either in a “you shouldn’t really do it but the police will turn a blind eye” way, or an “avoid at all costs” way.

6). Street moneychangers: You might read how, around the time of the fall of the Berlin Wall, it used to be common to exchange currency on the black market in Eastern Europe. But don’t do it now!

The best option may be to mix and match methods. For example, if you’re going on several St. Petersburg excursions from cruise ship, or are otherwise spending more time in the city than elsewhere, then you may want to buy currency in advance. For countries visited on single day trips, then consider using ATMs or the ship bureau de change.

Currencies in circulation around the Baltic are:

Did you know you can enter Russia visa-free if you are travelling by cruise ship?