New Visa Agreement between Russia and the U.S. as of 9th, September 2012

recent posts
A historic visa agreement has been reached between Russia and the United States and it went into effect on September 9, 2012. This is an agreement that will make travel easier for business travelers and tourists and also strengthen relations between the two countries. ﻿ 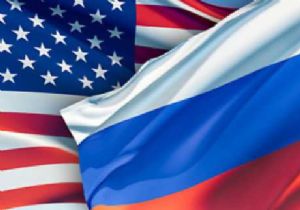 As of September 9th, travelers are now able to receive visas that are valid for multiple entries in each country for 36 month period. In addition, visa processing time is not nearly as excruciating as it was before and the United States has lowered the fee for Russians seeking visas for business or tourism from $100 to $20. If a citizen wishes to receive the fully valid three-year visa, the $160 application fee will still be in effect. The fees also remain the same for journalists, students, and workers.

Because of this agreement, the 36 month multiple-entry visas will become the standard terms for Russians wishing to enter the U.S. and U.S. citizens wishing to enter Russia. One stipulation is that those acquiring Russian tourist visas must continue to make arrangements with a tour operator regarding the specifics of the trip and advance reservations for lodging will need to be in place. As of now, the standard processing time of less than 15 days has been maintained. However, there may be certain circumstances present that result in additional processing time, such as questionable information entered on an application.

For Americans traveling to Russia, this new agreement lifts the restriction that has limited stays in Russia to 90 days in any 180-day period. Just like Russians traveling to the United States, Americans in Russia will be able to stay six months. Exit visas will also no longer be needed for U.S. citizens that may lose their passports while traveling in Russia. Russian citizens have already had this convenience in the United States. This simply means that an individual will not be held if they misplace or lose their passport and they are trying to go home.

For U.S. citizens that currently have the Russian visas that were issued before this new agreement, they must still abide by the old dates and terms of those visas. Once those visas expire, the new visas can be acquired under the new terms. In addition, U.S. citizens are advised to monitor the website for the U.S. Embassy in Moscow for other details about this agreement. The website at usembassy.gov/Russian-visas.html covers areas that may not be familiar to Americans holding Russia visas or who wish to acquire these visas for future travel. Subjects that include sponsorships, migration cards, transit visas, restricted areas, and more are covered on the site.

As for Russians, they can visit the ustraveldocs.com/ru/index.html website for information regarding acquiring visas for U.S. entry. This site contains information for non-immigrants and immigrants on how to apply for visas, renew them, and all information regarding visas that will permit entry into the United States under the new rules. This will help relieve any confusion and keep visa holders updated on any future changes that may occur.

Cruise passengers do not need a Russian tourist visa if they arrive onboard a cruise ship or ferry, stay in Russia for less than 72 hours, and participate in a tour program organized by a certified Russian tour operator company.

By Natalia Rogachyova on Google+