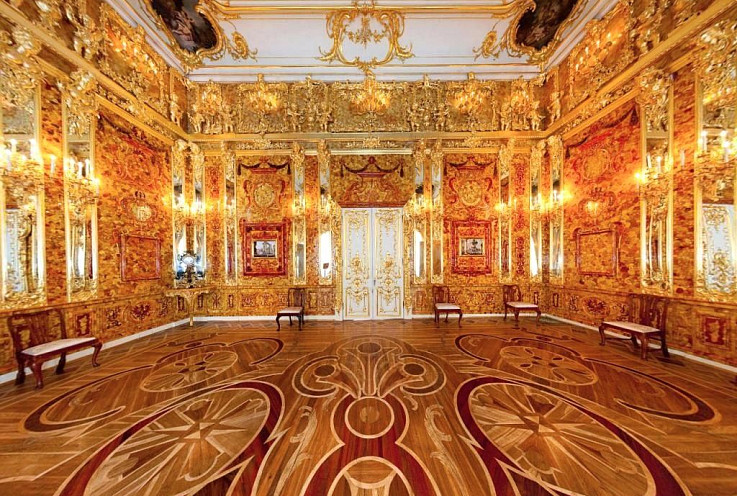 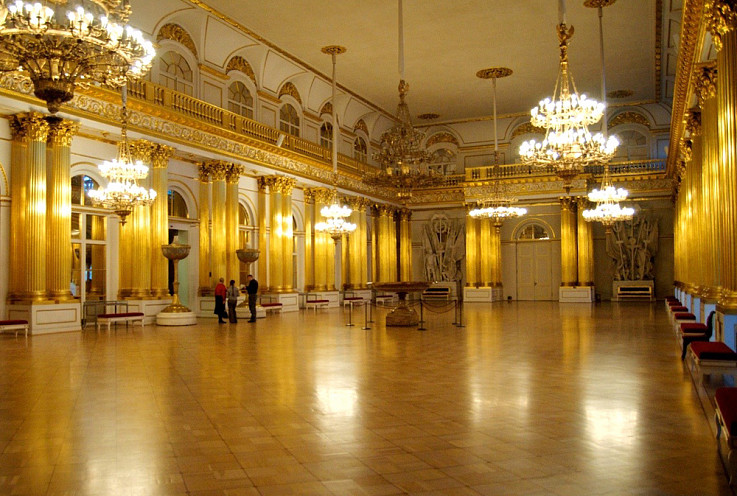 Gold Room
The Gold Room is a treasure gallery located in The Hermitage Museum. Two sections demonstrate: the gold jewelry of ancient nomadic tribes of Russia and jewelry pieces from The Gallery of Jewelry of The Imperial Hermitage that was created in more recent times. 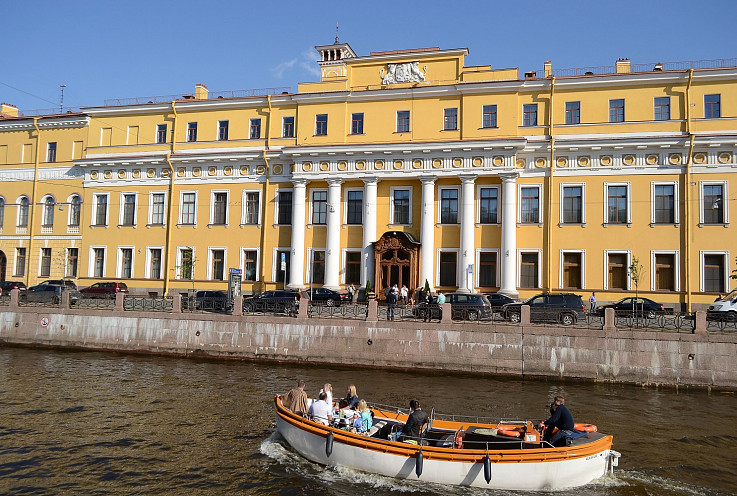 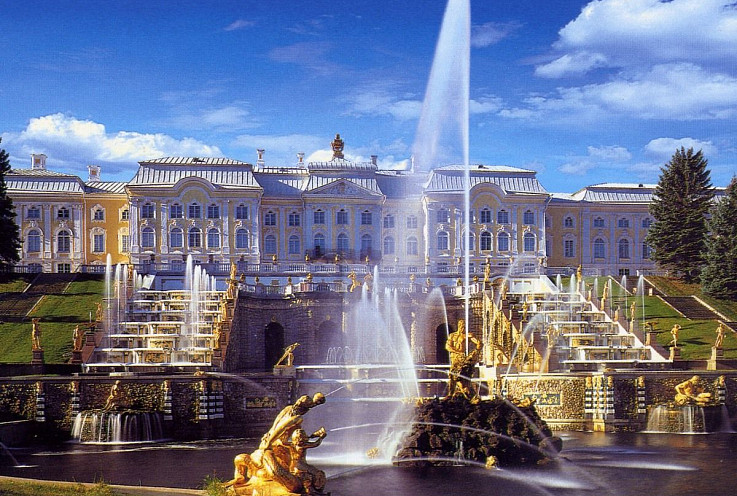 Peterhof fountains
Peterhof (from Dutch - PeterHoff, meaning in English - Peter's Yard) is the most spectacular Russian site, often called 'The Capital of Fountains' or 'The Russian Versailles'. It was modeled after the original French Versailles which Czar Peter the Great had visited during his 'Grand Embassy' to Europe in 1697. 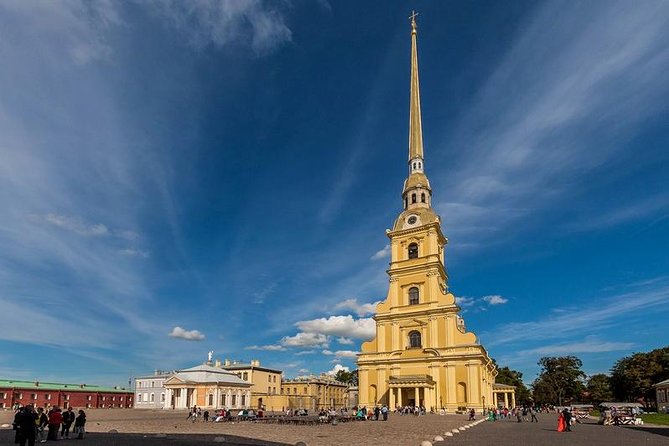 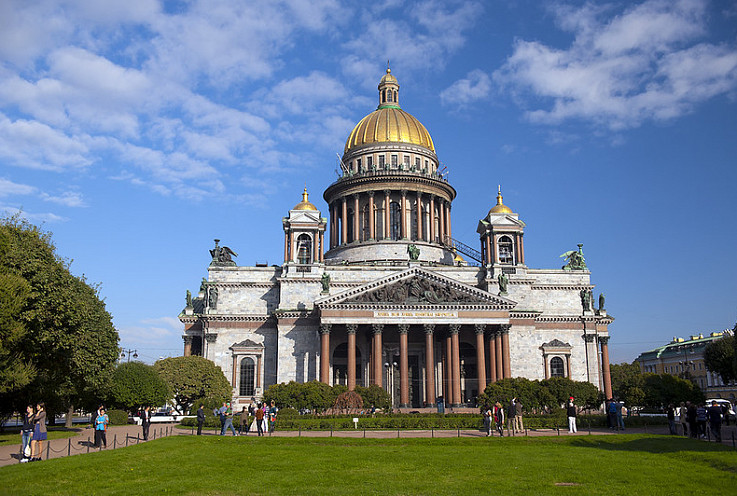 Faberge Museum (New!)
Faberge Egg Museum is one of the newest museums in St Petersburg. It holds a fabulous collection, including the largest collection of Faberge eggs to be found anywhere in the world – even in Russia, only the Moscow armoury comes close to rivalling the exhibition. 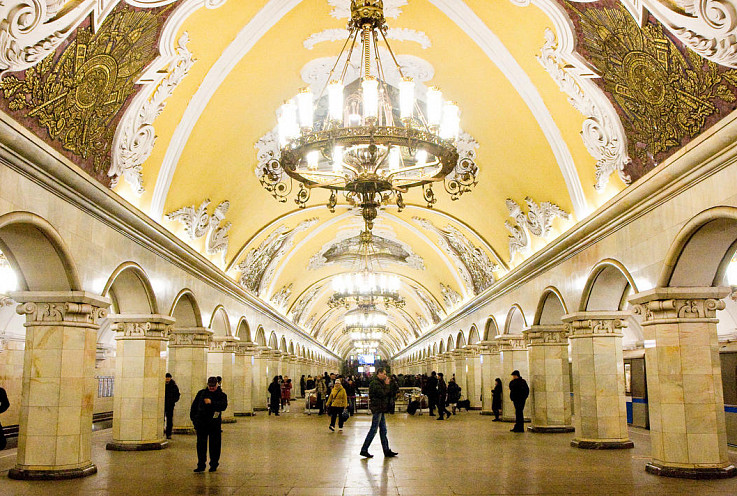 St. Petersburg Metro
St. Petersburg Metro is considered the deepest metro in the world at its average depth. St. Petersburg metro was opened on 15th, November, 1955 and originally had 8 stations: from Plozhad Vosstaniya to Avtovo. Those are the most beautiful stations of all. Today there are 5 lines 122 km long, 65 metro stations and 70 metro vestibules. 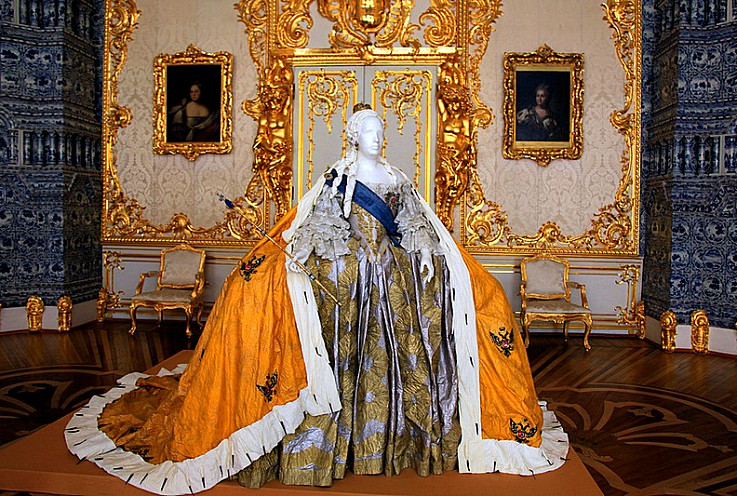 Catherine Palace
Catherine's Palace is the most ornate, luxurious and grandiose summer palace in St. Petersburg famous for its precious Amber Room. Originally a small 2-storey building presented by the loving husband (Emperor Peter the Great) to his Czarina Ekaterina, it later became a grand baroque palace amazing foreign guests with its over-the-top Imperial decor. 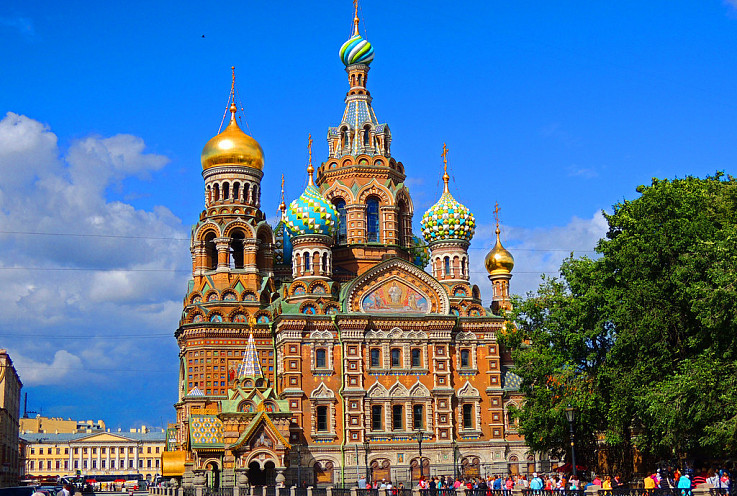 Spilled Blood Church
Spilled Blood Church (Resurrection church) is one of St. Petersburg's most romantic sites. Although its history suggests it is far from romantic. It was built on the site of Czar Alexander's II assassination in 1881 when a terrorist threw a bomb at the Czar's carriage. 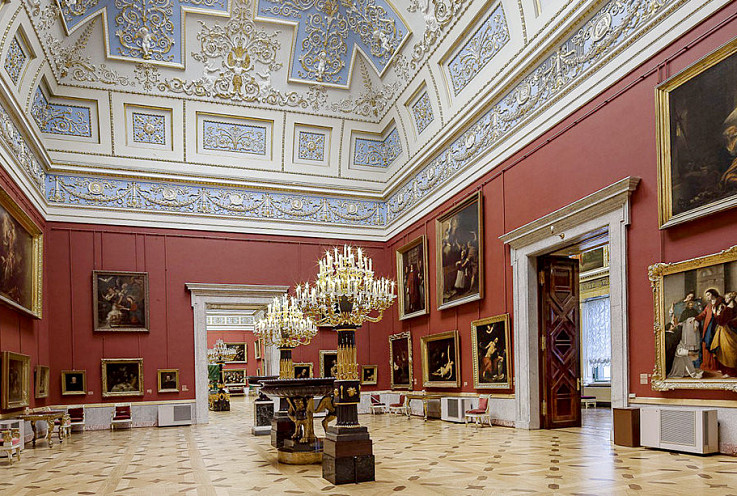 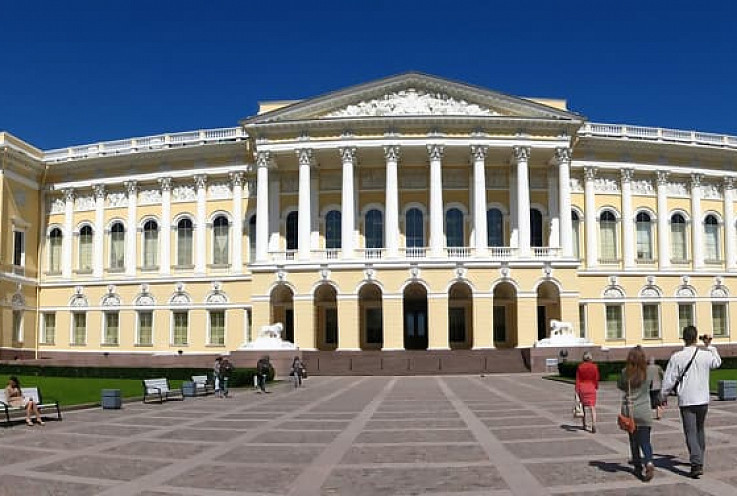 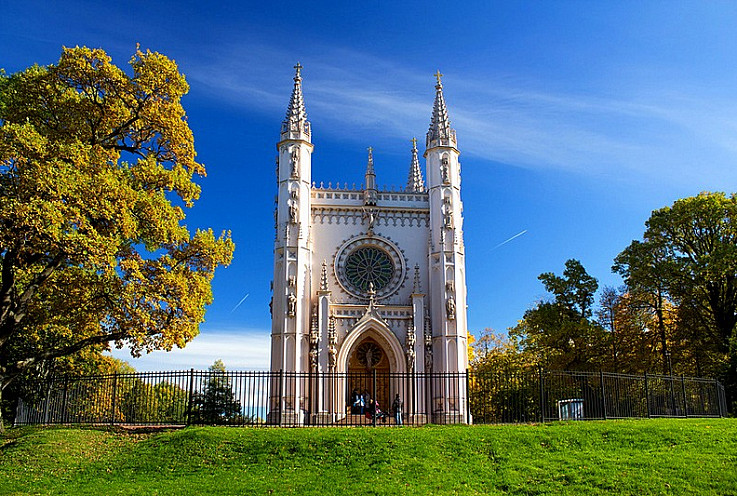 Alexandria
Alexandria is a romantic landscape park stretching along the Gulf of Finland, east from the vast Peterhof Lower Park. 'Alexandria' park is called after Empress Alexandra, spouse of Nickolas I Romanov. 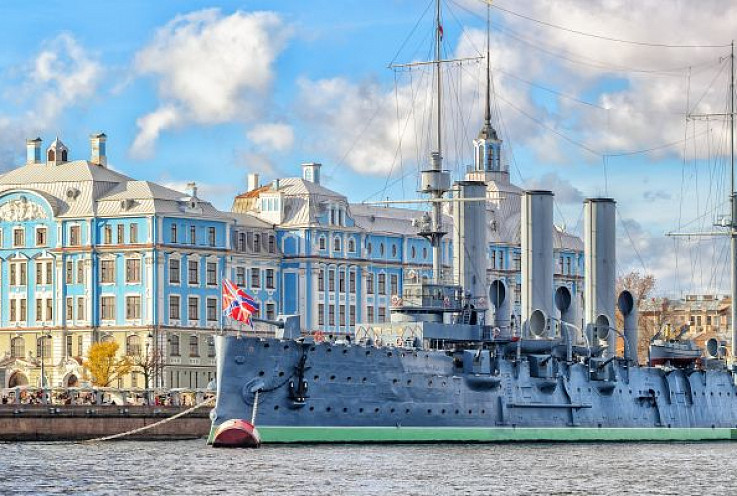 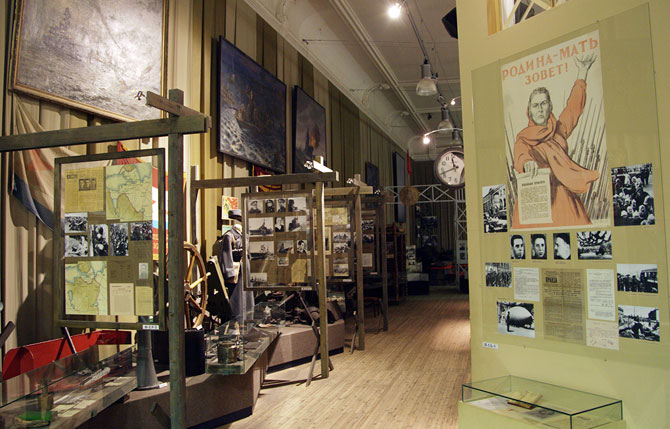 Leningrad Siege Museum
This impressive Siege of Leningrad museum captures the difficulties of life during the Blockade. Though much smaller than its original layout, it still has many of eerie exhibits documenting the 900-day WWII siege of the city, when people were reduced to eating sawdust cakes, or bran fried in motor oil, or even cats. 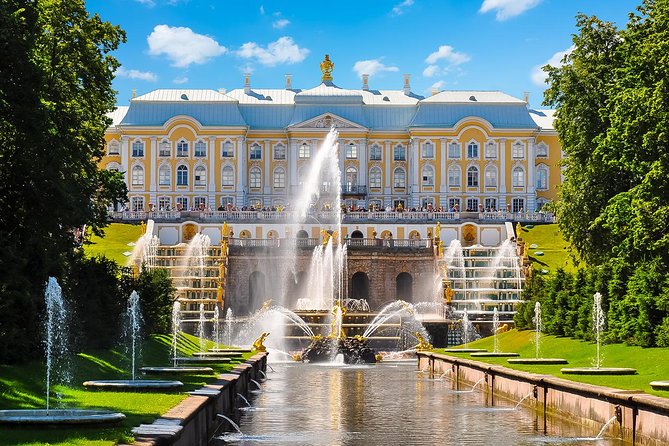 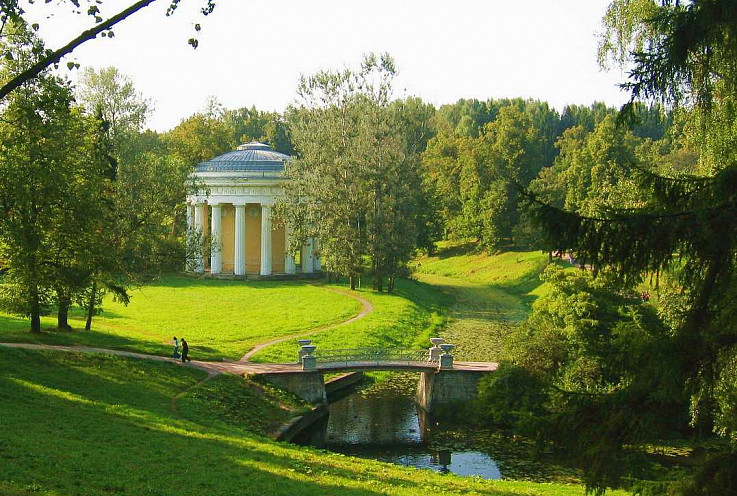 Pavlovsk
Grand Peterhof Palace is the central part of Peterhof ensemble. Its elegant 3-storey façade is flanked with glass galleries and the shining gilded domes of Peterhof Church and Coat-of-Arms pavilion which can be seen from far away. 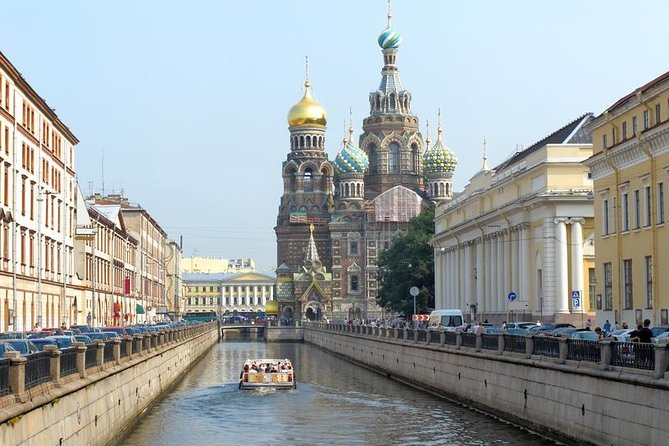 Canal tour
Canal cruise through St. Petersburg canals will let you view the city from a different perspective, admire its graceful house facades, ornate palaces of Russian nobility, pass under hundreds of its arched bridges. St. Petersburg inherited many features from its European 'sister cities' Venice and Amsterdam.

Synagogue
St. Petersburg Choral Synagogue. The history of St. Petersburg Jewish community has kept its official count since 1802, when the first record in the community book 'pinchas' was made.
More cities
more info